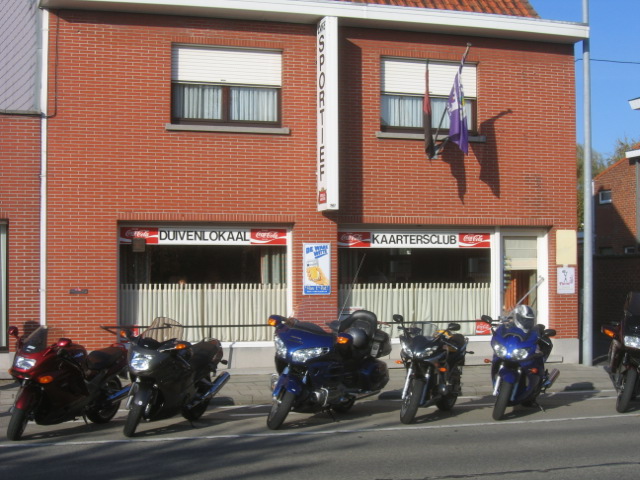 In the early eighties some friends motorcyclists met on regular terms in a pub, named “De Sterre “, at Izegem ( Belgium )

After a youth club, named LA VERNA ( situated at Mentenhoekstraat 4, Izegem.), was found to be the best location, the first “MANDEL motorcycle meeting” was actuality in 1983.

This went on until the sixth meeting in 1989, when the members received the sorrowful announcement that La Verna shut its doors, after 25 years of activity.

After this unfortunate message the quest for a new location started. The new home, TAVERNE RUYTERSHOVE, was found in the ‘Manegemstraat’ at Izegem.

In 1996 the owner of Ruytershove decided to close the doors of his establishment on Sunday afternoon. That meant to be the end of the possibility to gather after a Sunday afternoon motorcycle meeting.

Then there was the decision to look out for a new location; but because of the persistent expansion of our annual Mandel motorcycle meeting, it was necessarily to find a place with an extra room: café “ Sportief“, Meensesteenweg 118 at Izegem.

That was the beginning of a new start.

Where? At Izegem , Belgium